Pin It
Last week was crazy in the Granola household. Evan worked some very long hours, and I was offered/accepted a new job and gave my two week's notice at my current position (!). As soon as Thursday night rolled around, we were both emotionally exhausted. As we snuggled up on the couch late that night and after we caught each other up on our respective days, Evan suggested we plan a getaway to a bed & breakfast. This man! He really has my heart. 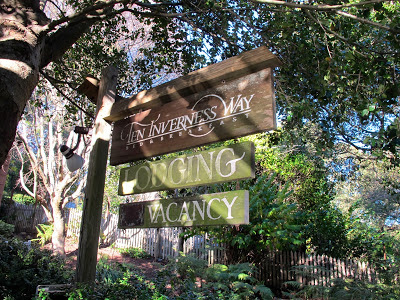 So after a little Yelp-ing, we decided on Ten Inverness Way in Inverness, CA. Nestled in the Point Reyes area and in the midst of hiking trails, this B&B was exactly what we were looking for! 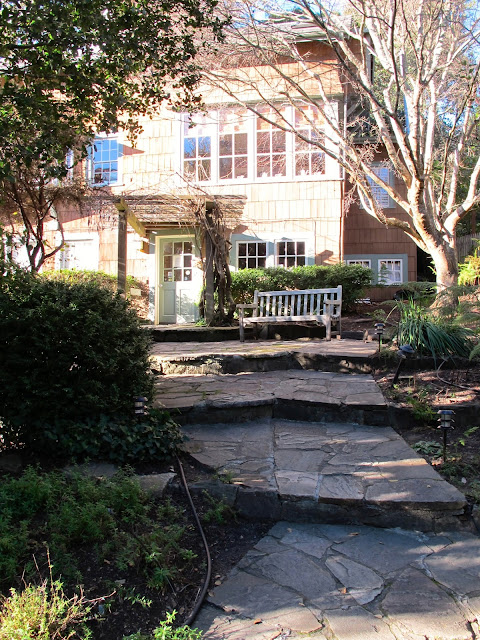 We did a great six-mile hike (which I'll recap soon!) before checking in at the B&B a little after 3pm on Sunday. They had just set out some delicious peanut butter cookies, so we enjoyed a few while perusing the menus from some local restaurants (we chose Saltwater - review coming in the next few days!). After a quick shower, we met in the living room for some wine and cheese with the other house guests.

This is what I love most about B&Bs: meeting other people (and the fact that most set out wine and cheese at night)! There were four other couples, and we enjoyed meeting them all. One was a recently-retired couple from Kansas City, and they were so lovely! 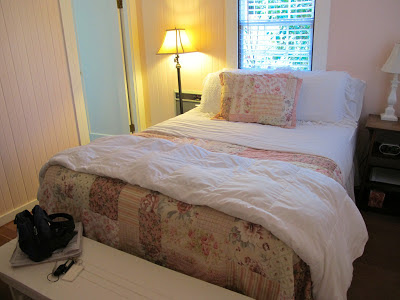 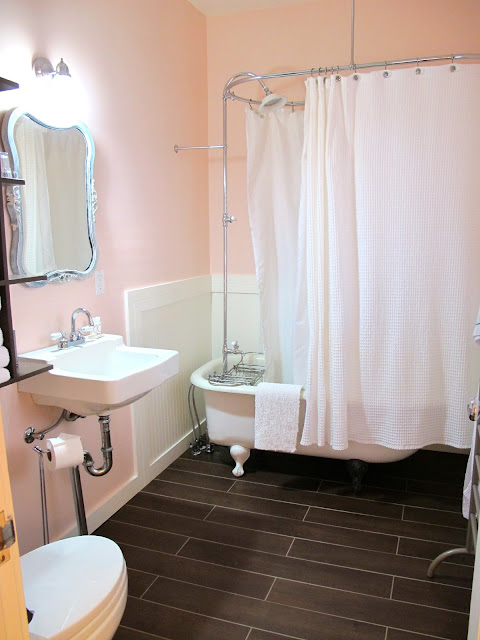 I have no idea how we were even so hungry on Monday morning after a night at Saltwater, but we thoroughly enjoyed the breakfast at Ten Inverness Way. The owner made a caramel cream french toast with fresh strawberries and turkey bacon. 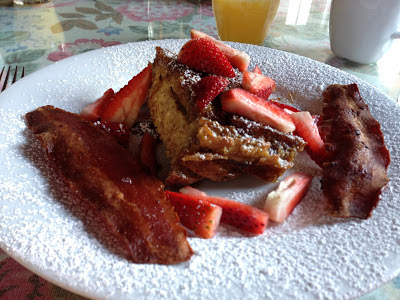 Ooooh. It was decadent and wonderful!

If you're looking for a nice little getaway in Northern California, I highly suggest Ten Inverness Way! Inverness is about 1 1/2 hours north of San Francisco, but it feels worlds away. We're actually hoping to stay there again soon - maybe sometime in March for my birthday!
Posted by Courtney