Pin It
Do you think our CSA farm planned this? 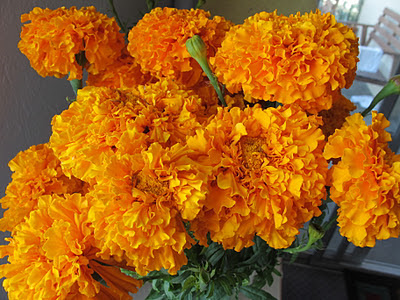 Orange flowers just two weeks before Halloween?! What a coincidence!

Our farm hasn't offered flowers for the past few weeks, which has been a bummer. I noticed these bright orange flowers a mile away when I was walking to pick up our produce earlier today.

I crossed my fingers and said a little prayer... 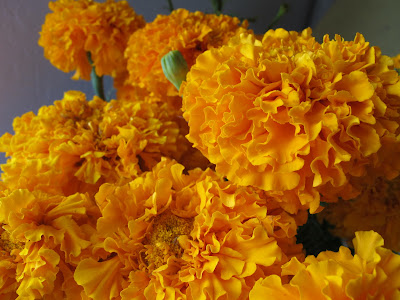 I slowly approached the flowers...and found a bouquet with Evan's name on it! That sneaky guy kept the return of flowers a secret from me!

Alright, here's our produce for the week: 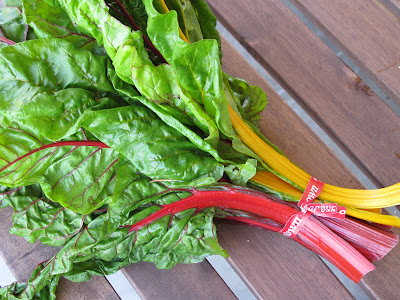 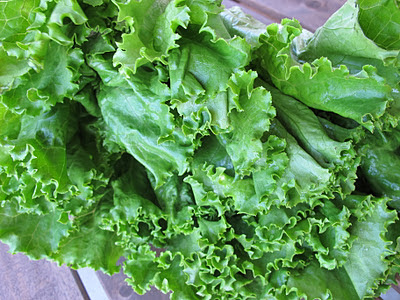 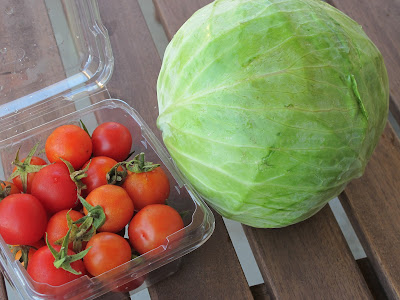 I love cabbage! It's been a while since we've had it, so I'm welcoming it with open arms. I found a recipe for curried cabbage that I plan on making later this week. I'm already excited for it!

As for the rest of the produce - which apparently went undocumented - we received zucchini, broccoli, spinach, green beans, apples and plums.

It's been quite some time since I've asked this question (and I know there are a lot of new readers!), so I'm asking it again: do you belong to a CSA program - Community Supported Agriculture?
Posted by Courtney